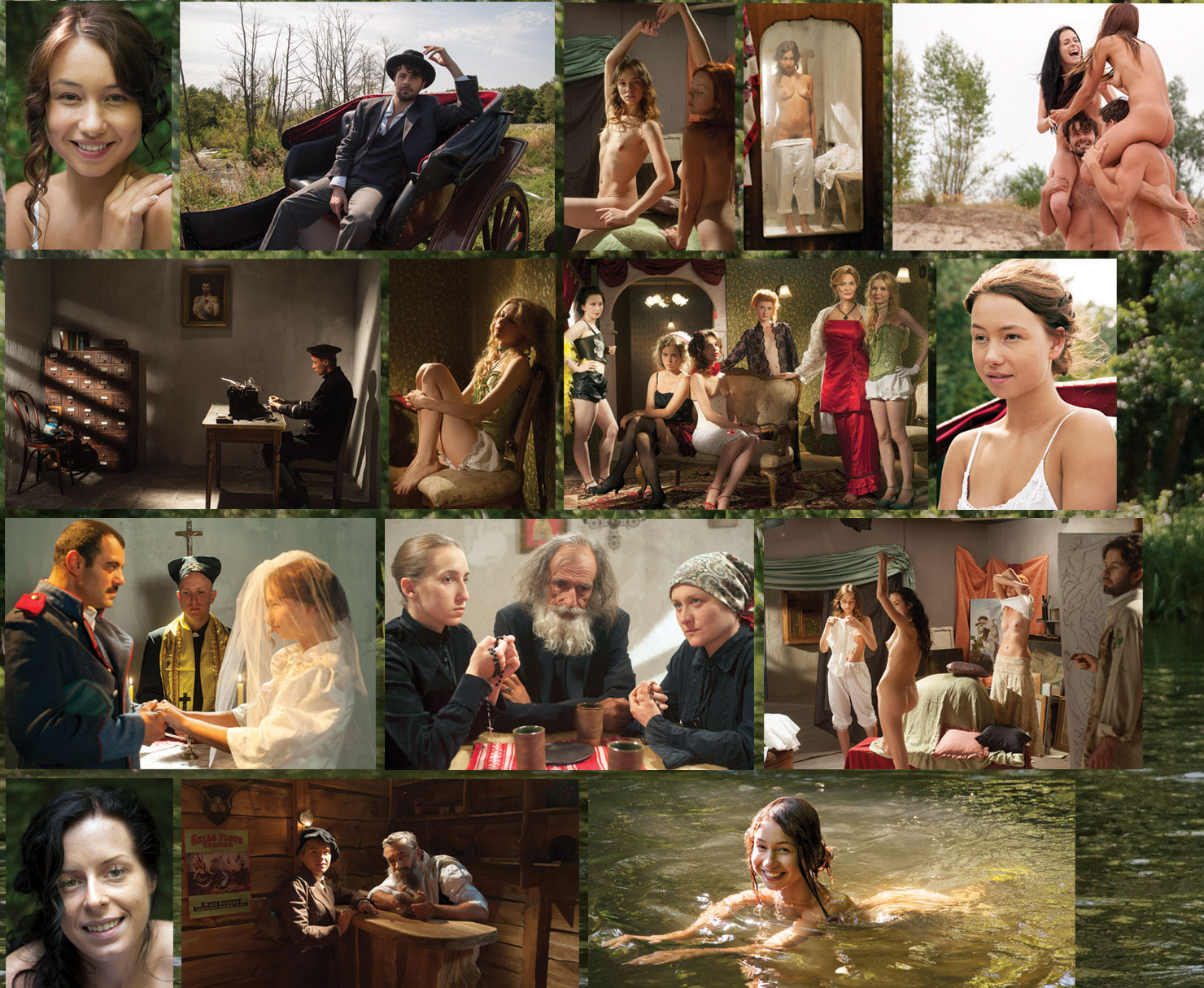 Stephanie is a beautiful young woman 20 to 25 years old, she is intelligent independent and a rebel. She is expelled from university for her political activity, she stands for women’s’ rights, equal pay, free love and for the oppressed. She is a free spirit and wants to experience all life has to offer. She is young and has not experienced much so is impressed by mature intelligent people.

Franek is a good looking man 30 – 35 years old talented painter, Painting forgeries and working to order to survive his artistic talent is kept buried. He paints to survive and has turned is back on art in favour of craft and a quiet life. Meeting Stephanie upsets his plans and love makes him return to his love of art. Failed love in the past makes him reluctant to get involved with relationships and has an interest in the fetish of tying up a woman.

Hazel is a beautiful woman 30 to 40 years old, an artist at a time when it was very hard to be an independent woman. Hazel had a relationship with Franek, it did not work out but she still is loyal and devoted to him. She is a very talented painter, maybe more talented than Franek.

The Policeman is cynical and corrupt 30 to 40 years old man. He likes to control younger woman and has a perverse attitude to them.

The Policeman’s friend and not a real priest a villain with a contempt for justice and women.

A woman in a man’s world, she has seen a lot and has survived. 45 to 60 years old she is tough and is used to ruling her “girls” in a strong but her mind fair way. For her is all about the money. She is down to earth and with a baldy sense of humour.

Magdalena is a religious fanatic, 30 to 35 years old, she is pretty but it is difficult to see the way she dresses. Disappointed in life she has found God and the Church to express her bitterness.

Is a plain  religious fanatic girl of 20 to 30 years old simple and under the influence and control of Magdalena.

GEORGE is 40 to 60 years old bitter and twisted . A religious fanatic and a sadist loving to punish people and his stepdaughter Julia. Hated by his dead wife he takes revenge on her daughter.